One last stage lay ahead of us this year. The stretch from Guadeloupe to Antigua. A 75 nm distance to the north, 50 nm of which was not protected through open passages. The weather forecast drove us off a week earlier than planned and we did without two more stops in Guadeloupe.

The reason for the hurried departure is called “Christmas Winds”. Sounds nice, but it’s not. These winds are the trade winds of the Atlantic that hit land in the Caribbean and are renamed. Usually they mistreat the islands from mid-December to mid-late January. What pleases the sailors on the Atlantic coming from Europe is the sailor’s pain in the Caribbean.

Digression: why the same wind can be good and bad

The reason for pleasure or trouble is called wind angle and jet. If the wind has the same direction of pull as a sailing vessel, from east to west, then 20-25 knots are pleasant, because they push from behind and also the wave usually from behind, gives almost a knot of speed. Assuming the true wind blows from behind at 20 knots (downwind) and the ship is sailing at 8 knots, the apparent wind is about 12 knots (20-8) – pleasant sailing with a full sailcloth.

But if you sail against this wind, then it becomes unpleasant. Add the speed of 8 kn to the above mentioned 20 kn wind and you get an apparent wind of about 28 kn (milkmaid’s bill). And that is against the wave. This is unpleasant and means reefing the sails and a bumpy ride. The more wind, the more unpleasant. In addition, the wind of the Atlantic is pressed in the passages between the islands – which are usually in a 25-40 nm distance – and the wind speed increases again as a result. The same press effect applies to currents and waves.

Tip for charter sailors: consider the Christmas Winds when planning your trip. The further south, the stronger the winds, which can blow really hard for a week or more. Planning a trip can quickly be a waste of time.

Avoiding Christmas winds as much as possible

As I write this, the wind is blowing up to 30 knots (7 Bft) in the sheltered bay of English Harbor. Out at sea it’s 8 Bft. We didn’t want to go in there against the wind, that’s why we left Guadeloupe earlier. So we set off at the forecast max. 22 knots, which then became 28 knots. The promised 2 m wave was a teaser and often much higher. We had to fight the whole way with 45-60 degrees of upwind sailing, entertained by 4 strong squalls, which as usual brought a lot of extra wind and rain. The whole trip was a reefing orgy. Encrusted with salt up to the helm, we docked the Rivercafe in Antigua. We should consider becoming “Fleur de Sel” producers, salt fresh from the vessel. Oh what we didn’t like it. But it was good timing. Since we have been in Antigua, the wind has been much stronger, as promised. 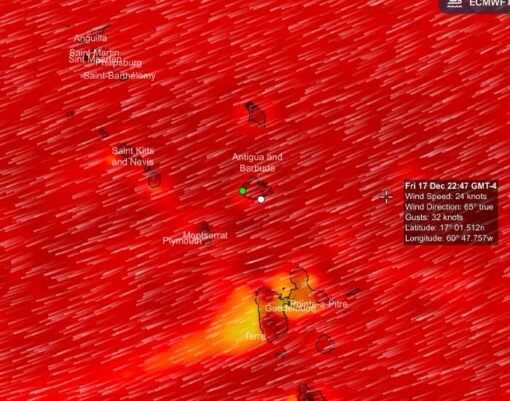 So now Antigua and Christmas break. By the way, the island is pronounced “Antiga”, the “u” is omitted. About 95,000 people live here. The incidence is 29 and the vaccination rate is over 60 %. It is an almost normal life. A good decision to sail here. In Guadeloupe, a tiny minority is still rioting and annoying the vast majority of the population. Among other things, with separation fantasies that no one supports without suicidal tendencies.

And the Christmas abstinence already described has not changed much. With one exception: we attended a Christmas caroling in “Les Saintes”. It rarely happens that I can name a definite superlative, but that was definitely the worst concert of my life. Kindly meant, but scary. The whole village was on stage at one point, but no one had stressed themselves with rehearsals. 10 singers sang 8 different songs at the same time and really badly at all. We had to take refuge in a bar. 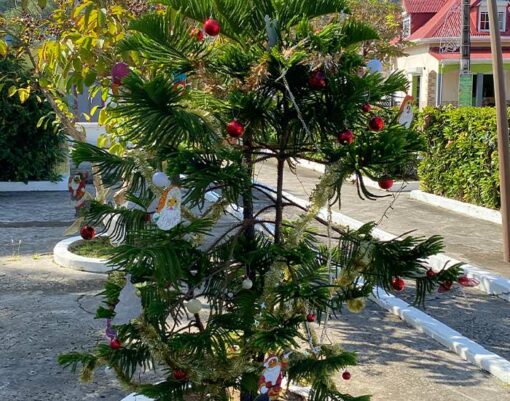 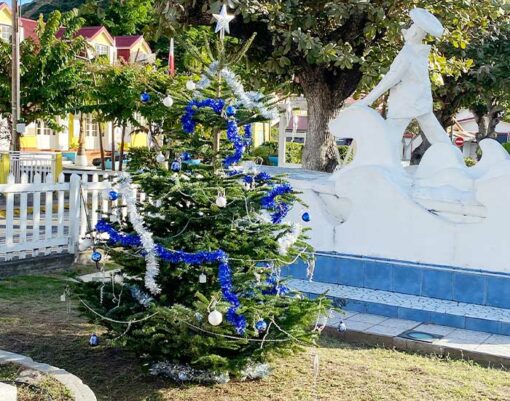 So Antigua it is now. We decided to dock for Christmas in Nelson’s Dockyard in English Harbor. The Main Dock is built of ancient basalt stone. Ships have to drop anchor and moor backwards because there are no bow moorings. Well fendered, true to the style of the old times, it has a grand atmosphere and is also quite festive.

is a world heritage site in the middle of a nature reserve. Lord Nelson himself had the dock built in 1725. The old stone buildings and unique structures are a real eye-catcher. This is also what many tourists think when they visit the Dockyard and enjoy the rare mixture of spectacular surroundings and dreamlike vessels. 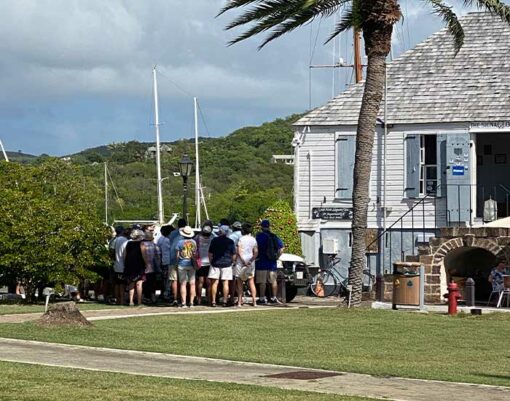 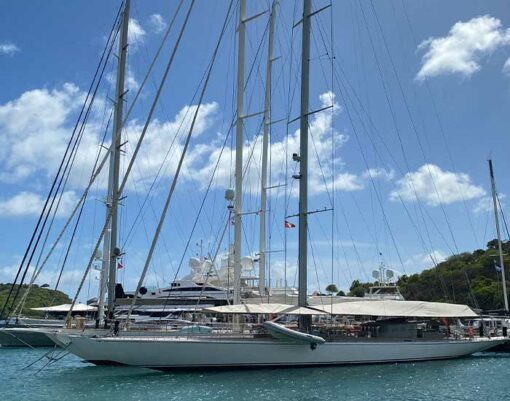 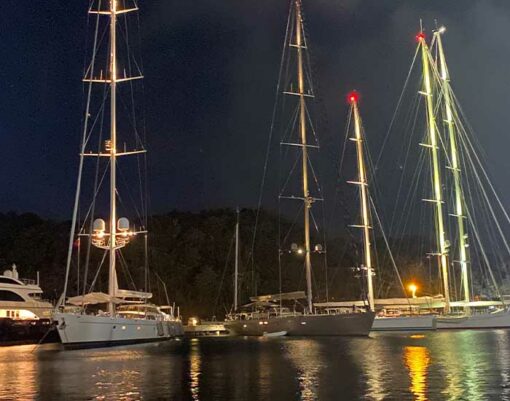 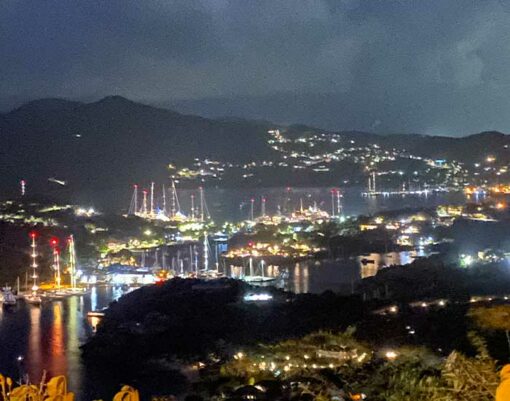 Our neighbourhood has changed quite a bit. It’s all bigger, very chic and elegant. Antigua is a very popular destination for the floating beauties of the world. We’ll report on the pearls of the sea another time. / Holger Binz