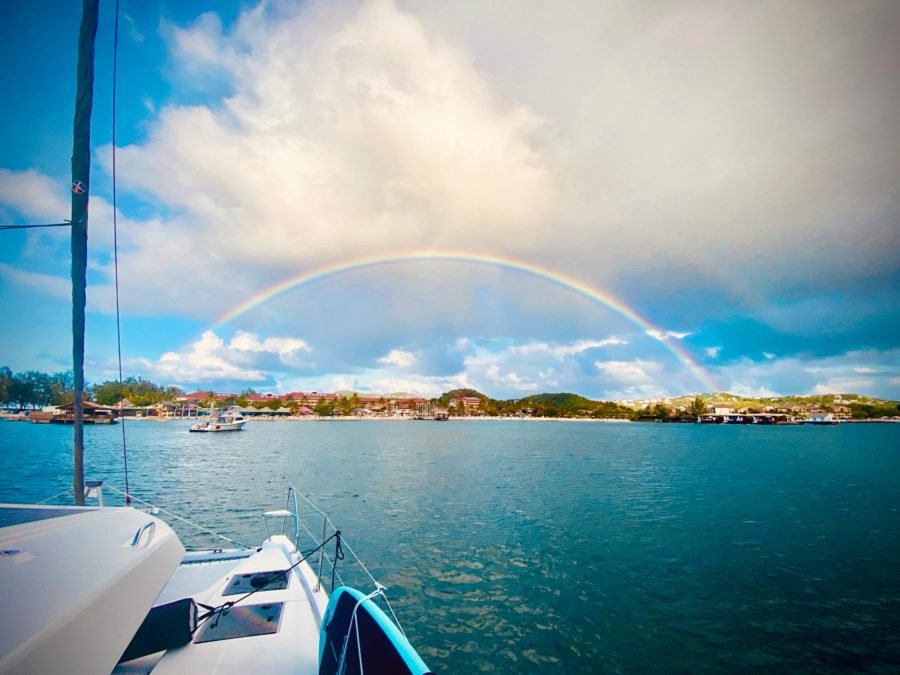 Our daughter Jil once developed a great program in her human resources profession: How to flow.

We have been waiting for such a flow for quite a while now. Short version, because faithful readers probably already know this, then just skip the enumeration.

December: House has to be sold and everything in and around.
January: Covid arrived. Will the ship building be delayed?
February: Covid gets serious: Can the ship be built? Will the shipyard keep it up?
March: Will the house sale go ahead as planned?
April: Will we be allowed to enter Cape Town and will our crew be allowed to do so?
May: What will we do from 13 June? (after moving out of the house)
June: Hotel Odyssey – and we are not allowed to go to Cape Town
July: Rivercafe is taken to Tenerife to us with unknown delivery crew
August: On the one hand wonderful life in Ruth and Gilbert’s flat, on the other hand where is the Rivercafe? AIS error, water maker does not work. We have to make sure from Tenerife that the crew gets water at the various stations.
September: Arrival. Oh help, the Rivercafe is a construction side, huge and we have no experience.
October: We arrived in Gran Canaria, organizing stuff, get to know the ship, crew arrives early due to C19
November: Crossing starts, my dad dies, I’m not allowed to travel.
December: Arrival, 1000 things that now have to be fixed. The crew can’t get off the ship as planned and our grandson (and friends) are not allowed to visit us (Covid).

January 2021
What I had hoped to get out of this trip more than anything else was to slow down. And being more of a minimalist. In a life not teeming with unnecessary materials, making time for family (digital only, sadly), to write letters, write the children’s book for my grandkids, play some piano, snorkel, dive, stand-up paddle, read, paint and look at the world. All that slowly please.

On the ocean and for some time afterwards, there was not the slightest time to be slow. The guys wanted to sail effectively. Most sail changes were hectic and exciting. Neither as a crew nor with the boat did we have much experience and Jana stood very often in the kitchen (no trace of minimalism). I have never eaten so much at sea.

And now we have arrived in paradise. I thought so. And it’s true. But still far from the flow. The water maker needs to be repaired. Not so easy it seems. Now it works temporary. But we have to start the thing manually by climbing each time into a box stowed under the bed. Most of the wiring done by Leopard is rather cruel. Radio and AIS were reversed. AHH that’s why we had no AIS and couldn’t hear anyone on the radio. The anchor winch is not working and so on.

To finally get to our 29th wedding anniversary:

Yesterday, on our wedding day, when we decided to leave the marina and anchor, we thought: Wonderful, this is what we have been dreaming of all along. We tested the windlass of the anchor (which had never been used but had already been tested 2 times) and … unfortunately, unfortunately: nothing. Roger, or rather Roger’s friend, tried his best to make it work. Found out that the wiring and diagrams didn’t match. They showed us some completely illogical cables lying loose and uninsulated in the box and that the remote instrument was not connected correctly at all. After a day there was a near-solution that would allow us to anchor. That was the plan.

As soon as we got out, an enormous squall came up and made anchoring wet and a bit uncomfortable. We ended up lying quite well until we discovered that we were getting very close to a small boat. Our anchor was in place, but the distance just wasn’t right. So we put up the anchor in order to anchor again.

Unfortunately, the anchor could not be picked up and my strong husband, praised be God and whistled, had to pull 20 metres of chain plus anchor out of the sea by hand. Anyone who has done that knows what I’m talking about. So back into the harbour, Roger’s friend has to come. He finds another fault, fixes what he can and we should have been ready to get out again the next day.

A nice dinner at the Thai & Western Restaurant, alone and romantic, with a view of the harbour pacified us a little. When we got to the boat we saw the toilet, which had been repaired 2 days earlier, was overflowing from the bottom. Not over but very, very full. Too tired, we postponed this problem until the next day.

In the middle of the night, the game was just too much for me. I had such a rage in my stomach at everything and nothing that I cramped out the toolbox, stripped off my clothes and dismantled the stupid toilet (smell-wise no fun). That’s how my darling found me, naked on the bathroom floor, screwing together various parts and spares and in a much better mood. Yep, I can fix an on-board toilet. After a long and long shower, I was in bed around 3 a.m. And today, yes, today, we are really at anchor and feel like we are in paradise and hope that this flow will last for a long time.

If the anchor comes up tomorrow morning, we will continue to Martinique. /Karin Binz