Its all about the location

Already when we started our one-year sailing trip in 2016, we had the idea: “maybe we will find a place where we want to live later” – of course much later.

I think by now the real estate agents between Valencia and Puerto Rico know us and I must be very wrong if everyone, at least once, did not made us a “terrific” offer.

But we don’t want to search at all, but more by chance suddenly arrive at a place with the perfect climate, the perfect house or plot of land and preferably there are already a few craftsmen with hammer in hand ready to rebuild.

An important aspect that suits our nomadic disposition is that we can currently change the place as often as we want and no decision is final. So if the situation at the anchorage is too noisy (mostly because too many Americans let their aircon and generator) we simply move to another bay. If our neighbors are drunken party bashers who lie in the water all day bawling (of course not swimming but on pool noodles) we know they are on the way again tomorrow morning with a hangover to another party place. I wonder how it will be to be completely anchored to one place again. I am curious.

Speaking of nomadic disposition. Holger’s parents have been traveling all their lives. At the beginning of their marriage, they traveled on a low budget by scooter through France and Italy, and later by luxury liner across the world’s oceans. So with Holger, you can talk about inheritance. My parents were always very sedentary. On vacation, they went to the “Allgäu” or the North Sea with family friends. My love of the country is far more pronounced than Holger’s, who would probably sail the seas forever. 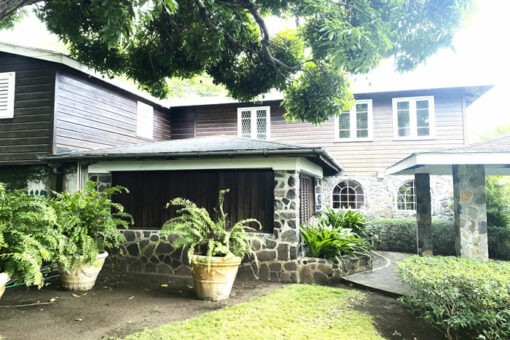 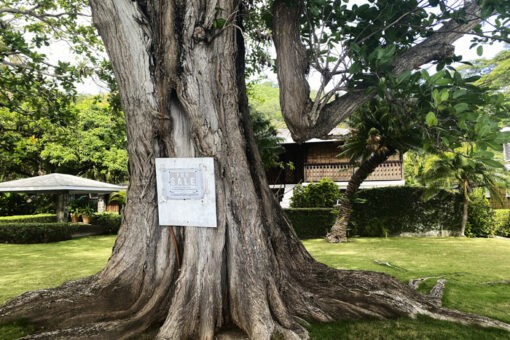 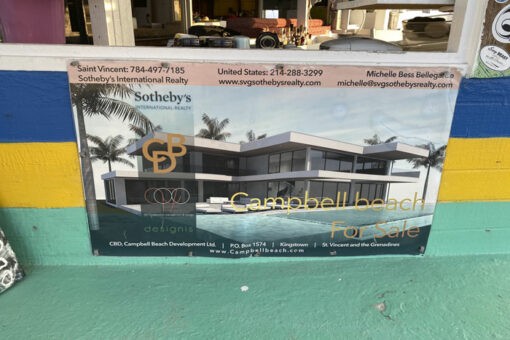 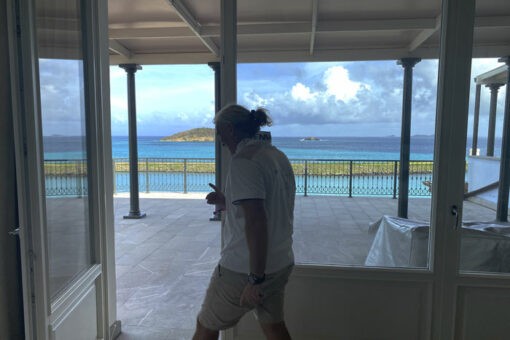 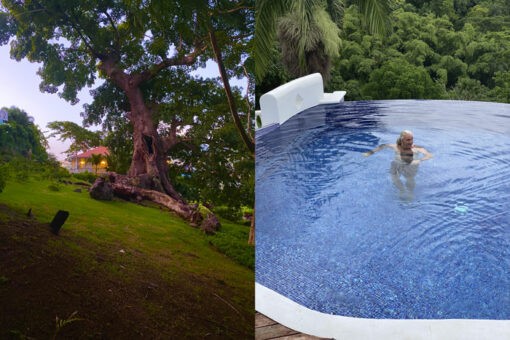 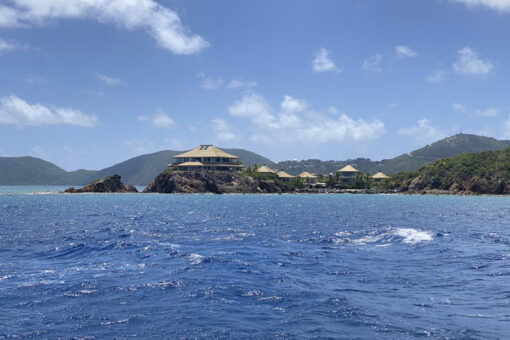 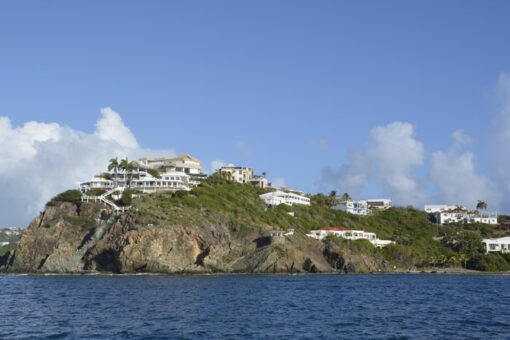 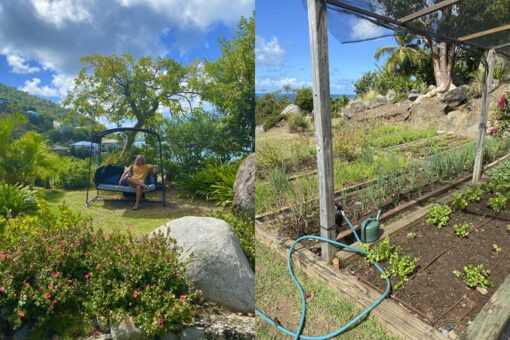 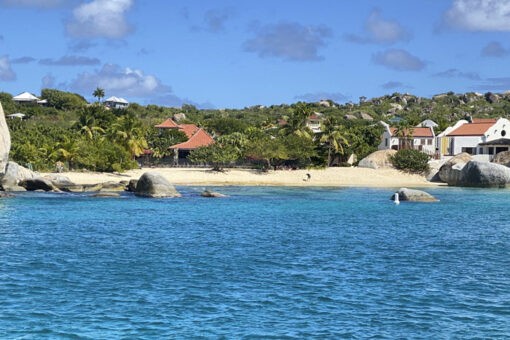 With the current real estate prices the timing seem not to be the best. But we have time. But we already said that in 2016 and now it slowly dawns on me: I have to start looking. Not for tomorrow and probably not for next year, but for later. When this later begins is undefined.

The thing is not difficult because there is not nothing. There are just too many variables. All attempts to write lists fail. For example, it should be reasonably warm all year round and not as permanently gray as in Central Europe. So when we visited Cornwall, we thought: It’s nice here, isn’t it? And it’s by the sea … and the people … and the language … and (this is not a joke) the super delicious food, because Cornwall seems to have switched to organic. But it’s gray in Cornwall and warm only in summer. (Holger just calls in: “relatively warm for some days a year”). So not Cornwall.

So now there is a list of wishes that leave strong room for interpretation.

We also have the pretty idea to build or buy a small retirement residence with friends. With Rike and Stephan, Ulli and Jürgen Thommy and Birgit we have already thought out how everything would be. Of course we have to speak or learn the language. And there has to be a nice lady to take care of the household while we are swinging in the Hollywood swing and staring at the sea. With a glass of prosecco in hand. (For Don: this is not meant to be as a statement about the country we’re aiming for 🙂 )

I would like to live in a place where no dumbass dictator is in power and in a place where millions of liters of waste oil are not dumped into the sea every month. Quasi my world view would have to fit into the place. Unfortunately, Florida falls flat and large parts of southeastern Europe as well.

Without family the choice would be Hawaii. But that’s on the other side of the world. Southern North America is great or Santa Barbara. But even with all our assets pedaling like crazy, it won’t be enough for that.

So it will probably be southern Europe. If Valencia hadn’t paved the coast with hardware stores and parking lots, we’d have found the place. Valencia has everything. We know it, feel comfortable there and it holds incredible diversity and joie de vivre. But until now we did not find one house fitting to our wishes.

When we arrived in Culebra (Puerto Rico),  I wondered if this could become such a place to live. You set foot on land and immediately think “Wow”. Same happened to Holger when we arrived in Bequia. (St Vincent & Grenadines).

So I put one foot on land and think “wow”. It’s warm, the light is soft and I can see the ocean or a pretty lake. My family can be here by plane in 5 hours max and the real estate guy says, “Look this is for sale, nice price, the state collects no or low property taxes and your friends are already on their way.”

The house has a garden where I can grow vegetables, fruits and flowers. There are pine trees growing in the area that smell wonderful. The area is nice and green and the people are very likeable. I will then do some writing and drawing and illustrating and every now and then I have to go to Abu Dhabi for a very important myYachtbranding job.

That’s how I imagine my future life.  So almost as nice as my current life.