The day we almost cut off power in Virgin Gorda

The Virgin Islands have long been among our favourite places, British Virgins, US Virgins and Spanish Virgins. The BVI – our first destination – are now finally open to visitors again after a long pandemic break.

90 nm is the direct distance from St. Martin to Tortola, the BVI main island. Too far to make it in daylight. We decided to sail overnight. For the first time since we have been in the Caribbean. At 4.30pm we lifted anchor in St. Martin and sailed into the sunset. 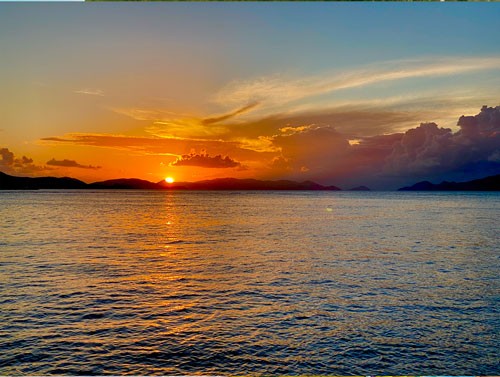 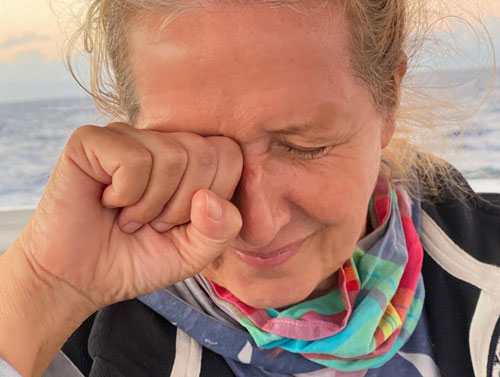 “Sailing under the stars” sounds quite romantic. Without clouds, the starry sky is indeed impressing. But at the helm it is better to look ahead and there it is pitch black. You steer the vessel right into the black without a view, trying to keep the sails at the right angle and still aim for the target. Radar and AIS (ship identification system) help to reduce the feeling of a “mole in the underground”. That night, five cruise ships crossed our path. Festively lit cities at sea. Three were going to Fort Lauderdale and two, like us, to Tortola. The (probably) bored bridge crew of the vessels are usually happy to talk on the radio, too. Cruise ships have the best weather forecast, which they are happy to share with sailors.

An overnight trip is also a fight against fatigue. We took turns at the helm every two hours. Our catamaran is so ingeniously built that the free watch can sleep really comfortably within shouting distance of the helm, inside in the saloon. The next day, though, you’re still pretty flat.

Like the light at the end of a tunnel, the first sunlight appears at some point. At daybreak, Ginger Island lay ahead of us. At 8.45 am we moored in the bay of Road Town, right next to the two gigantic cruise ships that had overtaken us during the night.

Checking into the BVI means a lot of paperwork, which you have to do online beforehand. Everything is done slowly, without haste and always with reference to the immense authority of the official. At 10.30 am we took down our quarantine flag, hoisted the courtesy flag and were cleared for 30 days in the BVI.

The BVI is a very protected area with islands arranged in an oval and the next destination is usually only 2 hours away. The water is crystal clear, the beaches are soft and bright. 30,000 people live on 4 main islands, stretching 30nm north/south and 45nm east/west. By rule of thumb, 50 islands can be sailed, most of them uninhabited. So even with a month, we won’t be able to see everything.

Sadly too It is the perfect area for charter sailors and there are countless boats to charter for every budget. With and without crew. But then that makes the BVI especially unpopular for many real sailors, as beautiful as it is. In this season, the number of charter boats is limited and there are ways to avoid the tourist sailors.

The next day we awoke refreshed, we sailed to Virgin Gorda, the third largest island in the BVI. There is a place that for me is one of the most beautiful in the Caribbean: “The Baths”, a nature reserve. Just look at the photos, no comments necessary. 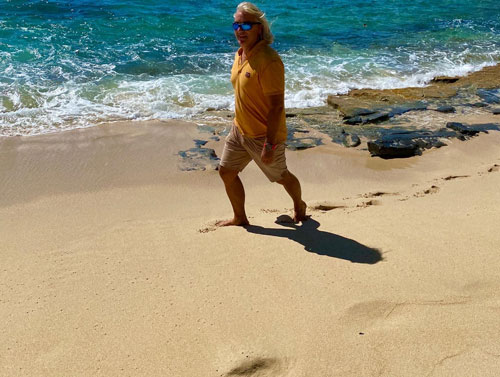 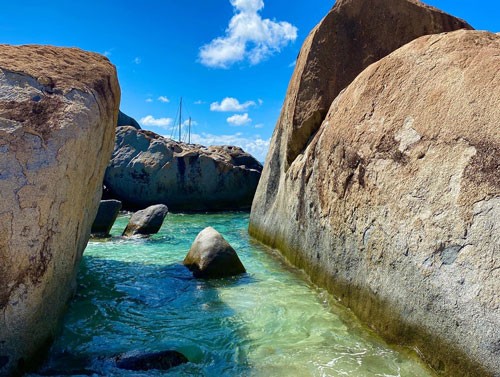 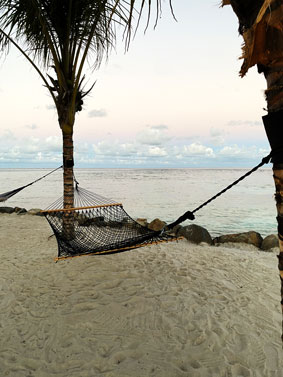 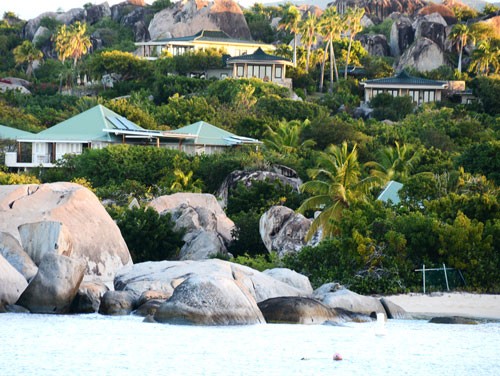 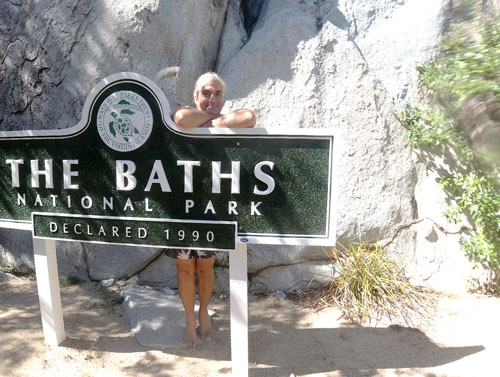 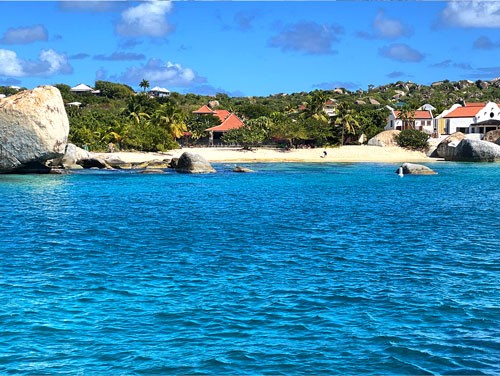 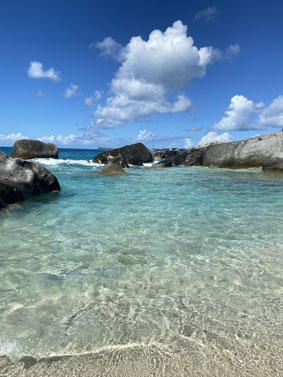 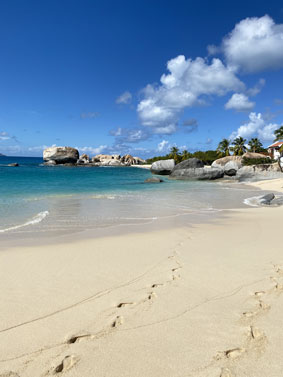 The light almost went out

You are not allowed to stay in “The Baths” over night. So we moved to Trunk Bay, only a few hundred metres away. A deserted beach sensation. We dropped the anchor in 4-5 metres of water and it immediately found a good holding. Too fast, too good. We always dive the seat of the anchor. It’s usually Ka’s job, but this time it was my turn. I almost choked underwater when I saw why the anchor was sitting so perfectly. It was stuck in the power line that supplies Virgin Gorda with power.

The cable thing was just lying on the seabed, not buried and not protected. I guess the lights go out in Virgin Gorda quite often. On that day, we didn’t want to be. So we MacGyvered underwater on the line and anchor until both went their separate ways again and we were able to bury our iron in safe ground after all.

After two days in “The Baths” we sailed the usual 2 hours further into the North Sound of Virgin Gorda. A lovely piece of earth. In 2017, two BVI classics were completely destroyed by Irma: “Saba Rock” and the “Bitter End Yacht Club“. Both were recently reopened after four years of construction.

Saba Rock changed hands after the destruction and was rebuilt for 60 million USD by a Czech investment group. Very chic, very exclusive and very expensive. But definitely worth a visit. For 850 USD per night, you can stay quite exclusively. A mooring ball is just 30 USD per night. Since two weeks, they had a new Venezuelan chef who made the plates vibrate. The island is tiny and it takes 10 minutes to walk around it.

The Bitter End Yacht Club is not quite finished yet, but it too will live up to its legendary reputation once again. 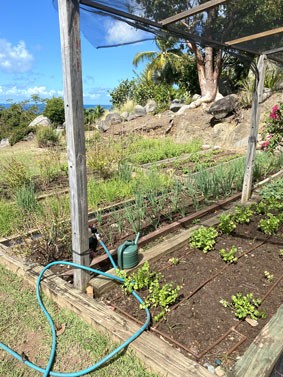 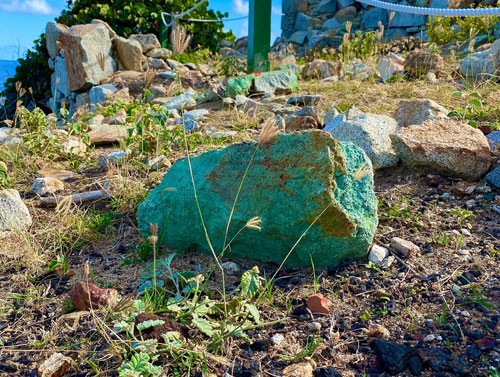 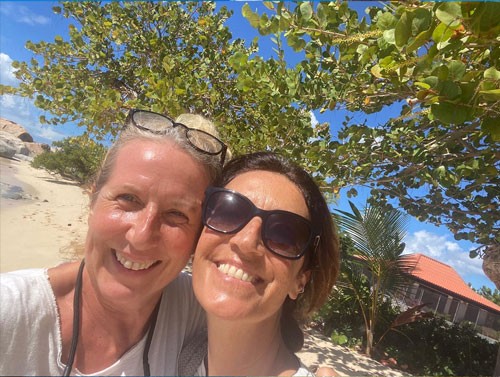 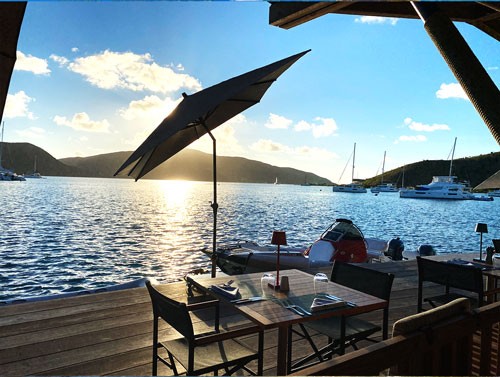 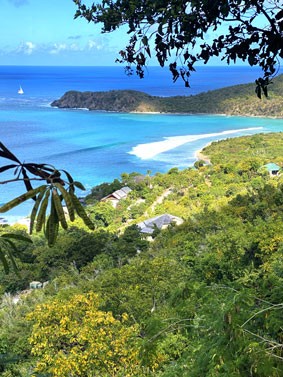 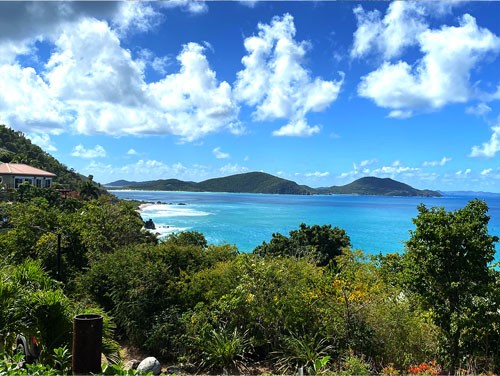 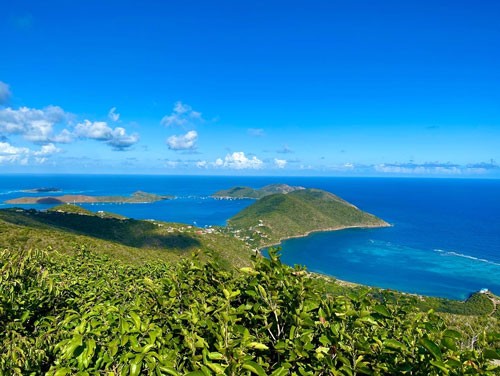 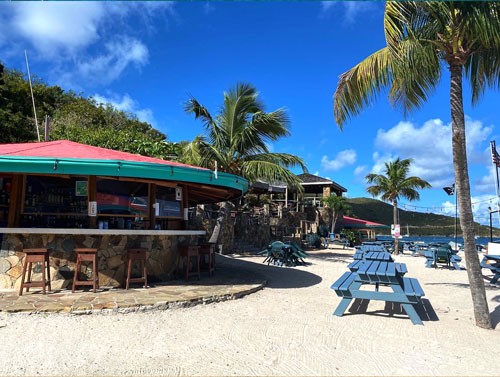 On our first trip, we got into the habit of visiting as many places as possible from the shore side, too, in order to get a real picture. Therefore, we rented a car in Virgin Gorda and made a day trip. One day is enough, but it is spectacular. The mountainous island, named after the silhouette of a lush virgin (no idea why it had to be a virgin), offers breathtaking viewpoints. From the “Hog Heaven” bar you can see the entire North Sound and Richard Branson’s private islands of Necker and Mosquito Island. From the “Sugarcane” restaurant, Tortola is ahead at lunch, with the US Virgin Islands.

Our journey through the Virgins continues. There is still much to see, we will tell you. / Holger Binz

4 thoughts on “St. Martin to the British Virgin Islands (BVI)”