The time in St Barths was absolutely too short. As a consolation, we will return around Easter time.

In light winds, with only a genoa and a slow 5 knots, we made the 20 nm journey to St Martin. Patient sailing was rewarded with a tuna on the line.

Our destination was the French part of the island. I mention this because the 87 km2 island is divided into two parts. The western and southern part – Sint Maarten – belongs to the Netherlands (Dutch West Indies) and the French part – Saint Martin – to the north and east, to the French West Indies. 75,000 inhabitants spread almost equally over two states of the island with about 14 km directional extension from NS-OW.

There is no border and land division was peaceful for once in the 17th century. The tale goes that a Frenchman and a Dutchman circumnavigated the island in opposite directions until they met again. The Frenchman was faster, because the French part is larger.

And since Columbus should not be missing from any island report: he discovered it again, in 1493, and because it happened on St. Martin’s Day, it became St. Martin. SXM is what the cool guys call it. By the way: Columbus’s rush of discovery was facilitated because most of the islands are often within sight of each other.

Sint Maarten is famous for its airport, on the Dutch side. The runway starts right by the sea and the airport fence tempts freaks to hang onto it and get blown up when planes take off.

The difference between the two parts of the island is best seen in the way they dealt with the aftermath of the devastating Hurricane Irma in 2017. On the Dutch side, you can hardly see any damage any more. Especially the capital Philippsburg is ready for tourism again. There are few vacancies in the shops and people have obviously coped well with the crisis.

The French side is completely different. It looks as if Irma raged only recently. During our visit in 2017, we still got to know the French capital Marigot as a fairly acceptable little town. It’s different today. Much of it is quite run down, buildings are missing roofs or have collapsed and many shops are empty. Homeless people sleep outside. That’s why there are less beautiful photos this time, but this is what it looks like here. 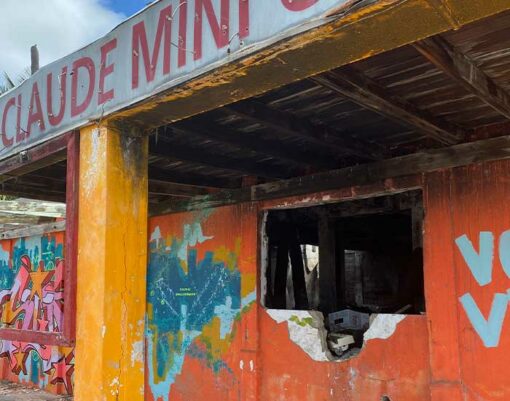 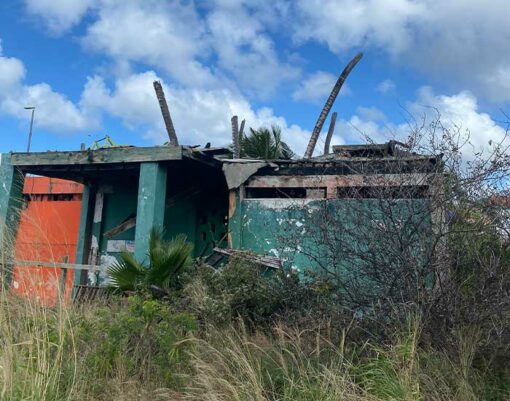 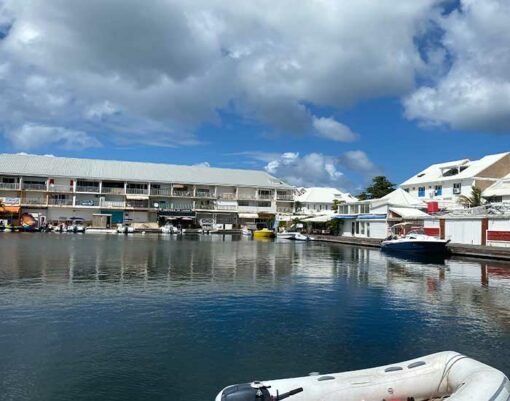 Still a lot of work to do 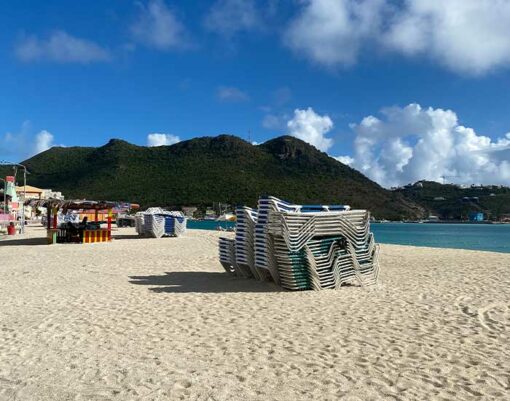 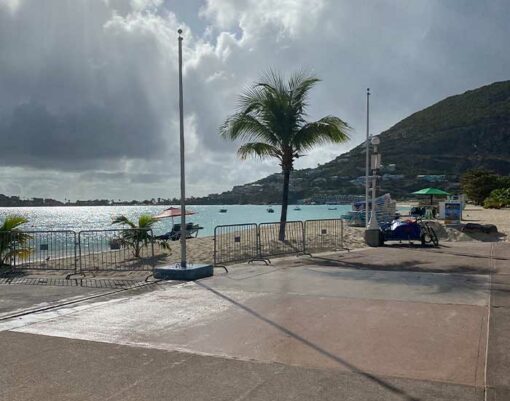 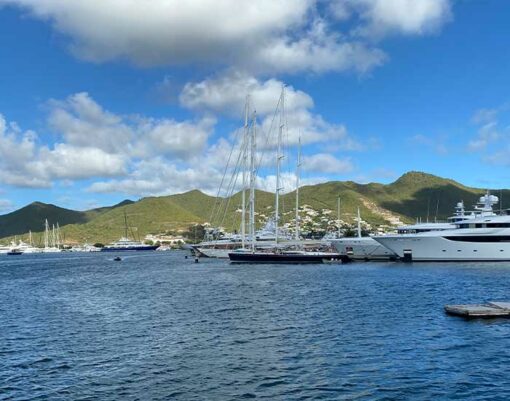 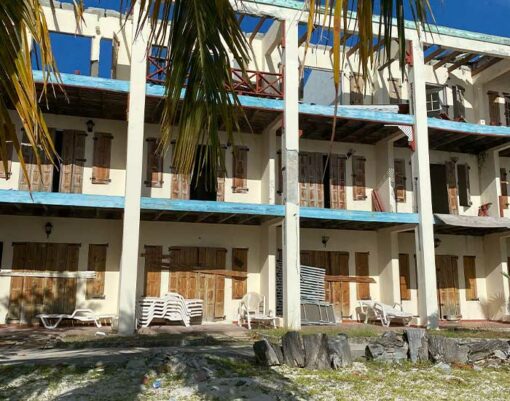 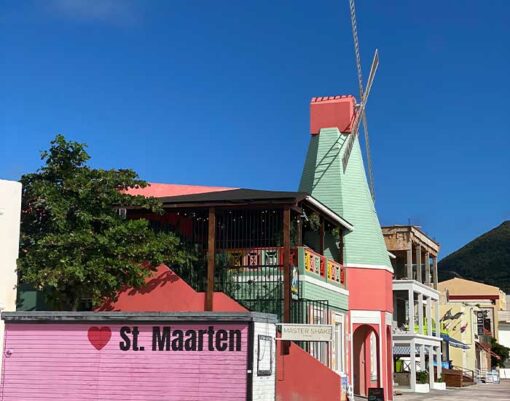 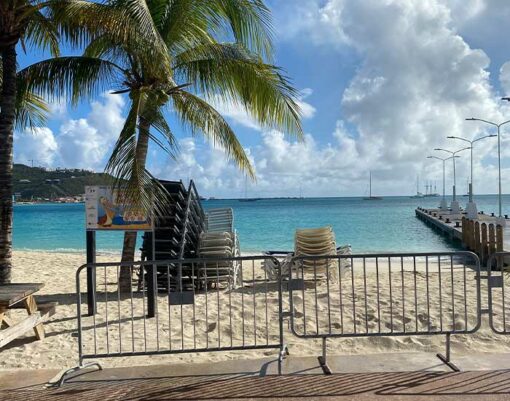 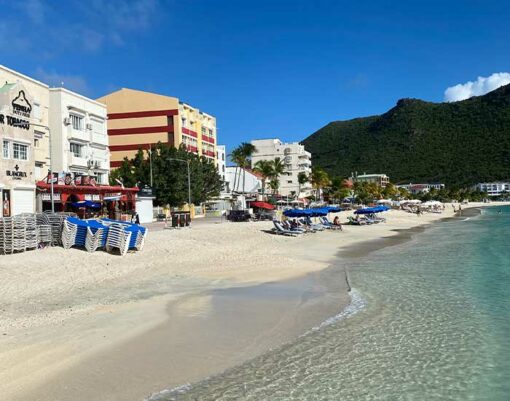 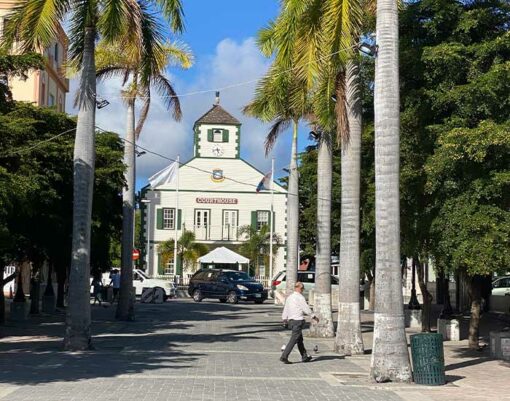 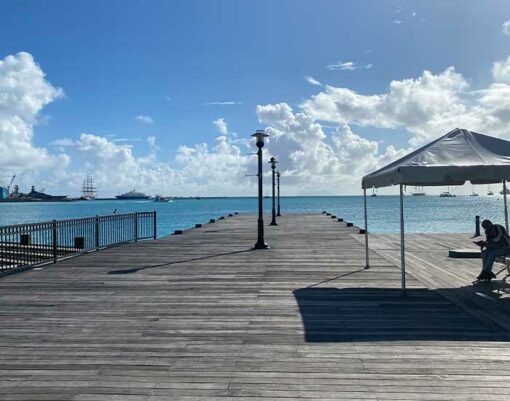 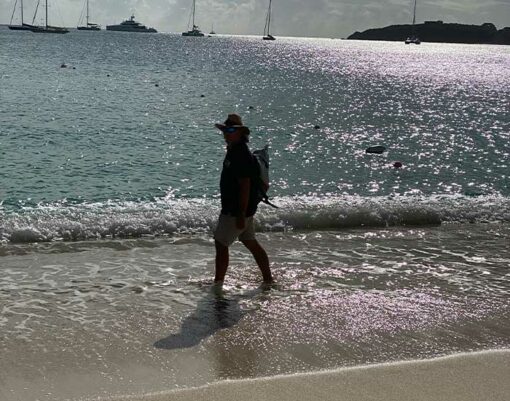 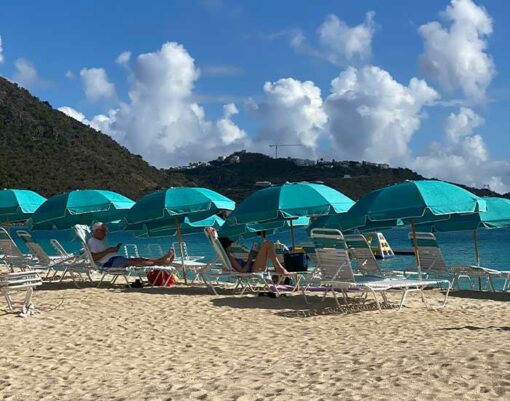 Ready for tourism, not much left to rebuilt

We were told that a high 3-digit million sum from Europe has flowed into the French part. Wherever the money went, it certainly didn’t go to the rebuild.

The Dutch are obviously more business-minded. There you pay in USD, while the other side takes Euros. The dutch take it to a 1:1 exchange rate. So much for business acumen. Many things are much more expensive. For example, diesel is 30 cents/litre cheaper in France. The prices for working hours are almost indecently expensive in the Netherlands. But you can get everything done, they simply take advantage in Sint Maarten.

The Dutch have commerce, the French savoir vivre. There are nice beaches on both sides, but the cooler beach bars – in our opinion – are in the french side..

Ka is not so great on the French side. She spent three days trying to find a letterbox for her obligatory postcards.

For sailors on their way from the south to the Virgin Islands or Bahamas, St. Martin is a must stop. It is on the way and here you can find everything for your vessel. And it’s the last chance to stock up on quality food at affordable prices. Quelle surprise: the best food shops are on the French side. The Rivercafe is re-equipped for 1-2 months in the culinarily modest Virgin Islands.

And there was Covid. The incidence is below 100, at least officially. 62 % are fully vaccinated. Life is pretty normal, except that everything has to shut down after 11 pm.

We organised our second booster, because the last one was 6 months ago. The nice pharmacist only started the injections after we had given her bloody ears. There is no second booster for French people yet, but we are not French. With the vaccination booster, we should now be protected again from long quarantine. And what could be more stupid than not being allowed off the vessel for 2 weeks in the Virgin Islands?

So our next destination is the British Virgin Islands, 90 nm away. That will be an overnight sail. We’ll probably set off on a buddy boat, with our friends Natalia and Martin. More about that trip next week. / Holger Binz