Over the holidays we didn’t get to report adequately about Antigua. In addition to the normal festivities at the end of the year, we always celebrate Ka’s birthday and our wedding anniversary. And this time it is a special one, our 30th. A wonderful occasion for a onshore holiday and a few days in a luxurious hotel. Hunter, June, Corry and Tanya Lee take good care of us. It’s great. Definitely a recommendation in Antigua for anyone in need of a few days of paradise. I you like to know the hotel name, get in touch with me.

I’m writing this article like a tourist in a deck chair on the beach and can’t believe how calm and peaceful the sea is lapping away in gorgeous Dickenson Bay. 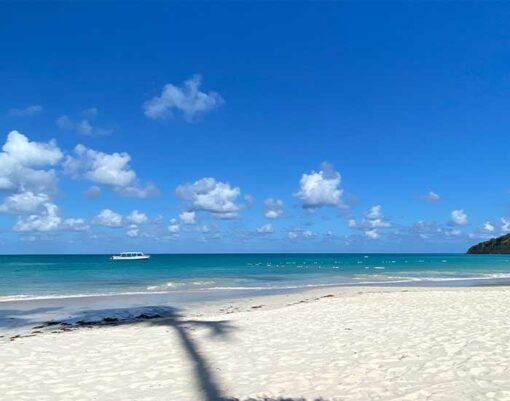 Antigua was “discovered” by Columbus in 1494, although the inhabitants at the time probably didn’t feel undiscovered at all and certainly saw it quite differently. Barbuda and Antigua are one state with 98,000 inhabitants living on a land area equivalent to 15% of Luxembourg. It is roughly 25 km from north to south and 22 km from east to west. Today it’s all about Antigua. Barbuda is our next destination. 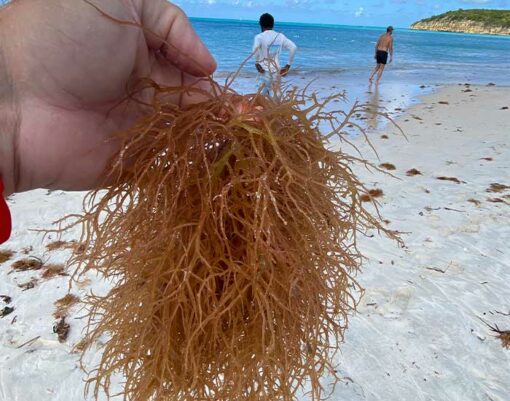 Seamoos, found on the beach, makes a spicy drink

We have been to Antigua a few times before and always enjoyed it. There’s less jungle and rainforest here. Instead, there’s all about the ocean and beaches, 365 of them, so it is said. The capital St. Johns, like many Caribbean cities, is nothing special. A nice quarter at the cruise dock for the cruise tourists, the rest is typical Caribbean mess. The pearls of the island are the many bays with dream beaches and nature reserves. To the east, Nonsuchbay and many small islands protected by reefs. In the south English Harbor, in the west Lignum Vitae bay or Jolly Harbor Bay and Dickenson Bay. 2-3 days in a rental car are enough to get a first impression of the island. You need an off-road vehicle.

On our Caribbean hit list of friendliness, Antigua is unchallenged at number one. In every remote village, children and adults greet and are happy to have a chat. People are open, positive and we haven’t sensed a hint of resentment. This is particularly amazing because this is where the boundless wealth of the world meets. Megayachts and the most beautiful sailing vessels meet in Antigua. The most famous ships in the world dock in the bays of English Harbor and Falmouth. The Antiguans allow everyone their own.

Where visitors go to escape the winter and warm up, the locals do not go into the sea from November to March if it is avoidable. The sea is too cold for them. And you won’t believe it, we can understand that. After 29 degrees in summer in Grenada, the 26 degrees water temperature in winter feels pretty fresh.

Antigua is a country of immigration. Caribbeans have settled here from Jamaica, the Dominican Republic and many other countries. But there is also a substantial community of Brits who have established endearing British rituals such as the Tots Club. Every day, the members of this club – which is affiliated with the British Navy – meet punctually at 6 pm for a circle. After a short reading on events from the history of the British Navy, everyone drains a glass of rum. An invitation is required to attend as a guest. Those who have the honour of being invited a membership are allowed to empty a glass of rum every day for a week, and after 7 days they have to pass an examination on Lord Nelson’s history in order to become a full member. We had the pleasure to attend twice as guests. But unfortunately we had to decline the honourable invitation to become members. However, we and our livers would have been the first Luxembourgers in the Tots Club. 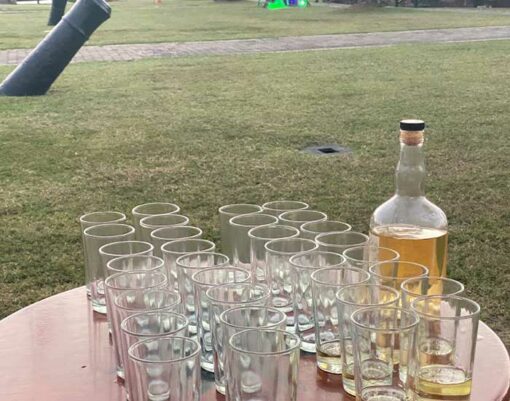 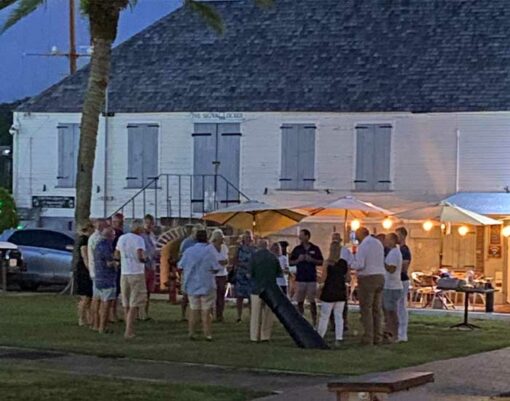 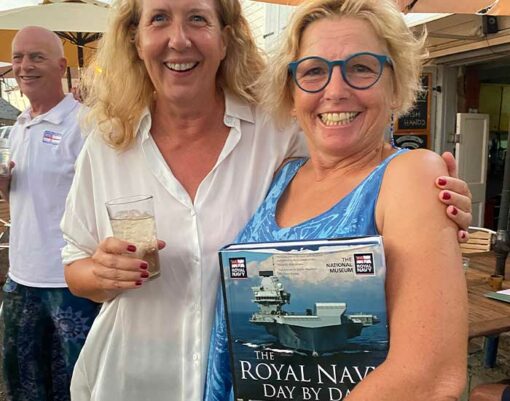 Tots Club: the rum, the meeting, the books. Here with our friend Janet

The Tots Club gathers daily in Nelson’s Dockyard. A spectacular place, a national park since 1986 and a World Heritage Site since 2016. Lord Nelson built this harbour as the centre of the British Navy in the Caribbean. The archaeologist Dr Christopher Waters is taking care of the preservation of the 42km2 area with visible success. It is a unique place and the moored vessels are both guests and part of an impressive backdrop.

Unfortunately, this maintenance costs a lot and Christopher explained to us that the nature reserve has to finance itself. This explains the highest mooring fees of our trip so far. In addition to the maintenance of the buildings, there is also the protection of the sea, which is a cause for concern. For example, an invasive seaweed that has been introduced and is killing off the native seaweed. There are plenty of problems that visitors don’t notice. A research vessel is currently being built in Ecuador to better manage the problems of the sealife.

The entire English Harbor has to reckon with 90 cm higher water levels in the next 50 years and then everything will be flooded. Those responsible are already racking their brains as to how they can preserve and finance this pearl of history even against climate change. Knowing this background, we then paid our considerable mooring fees with greater motivation as a “good thing”. 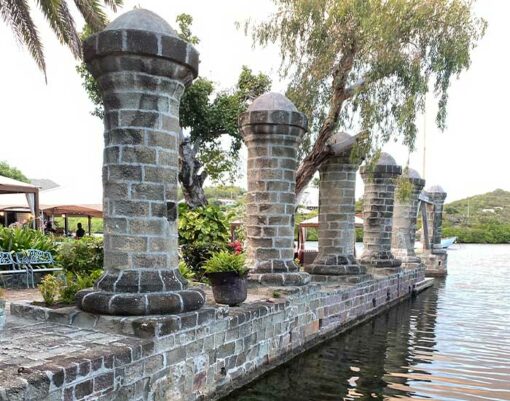 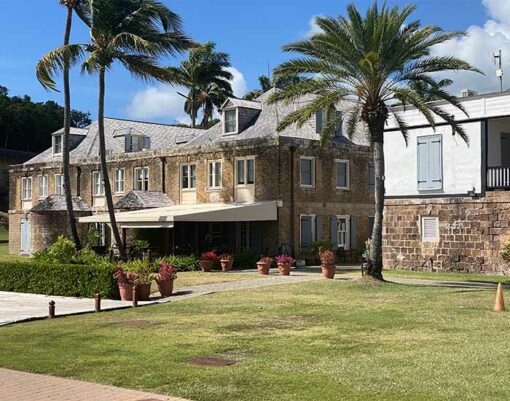 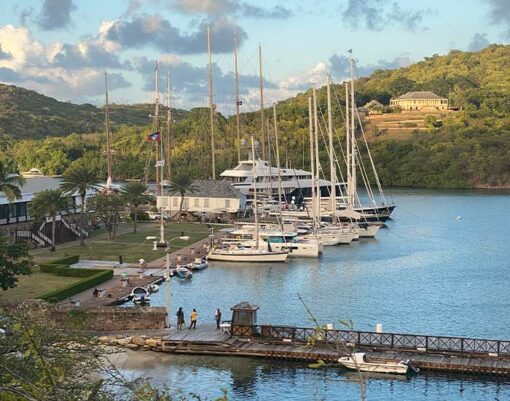 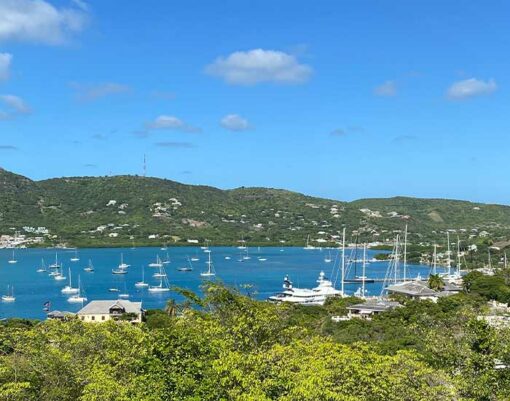 Sailing around the island

Shortly after Christmas, we set off Rivercafe to sail around the island. From English Harbor first 2 hours east to Nonsuch Bay and its beautiful anchorages. The first day was quite dreary, with heavy rain, grey and wind. That also happens in the Caribbean. The following sunny day showed the bay from its best side. The number of anchored ships increased from 5 to 30, with a mixture of small cruise ships, super yachts, charter sailors and normal sailors. 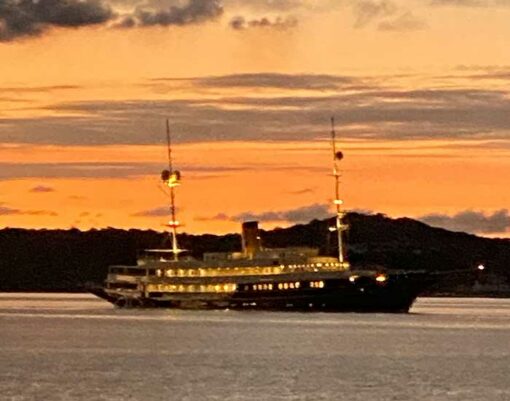 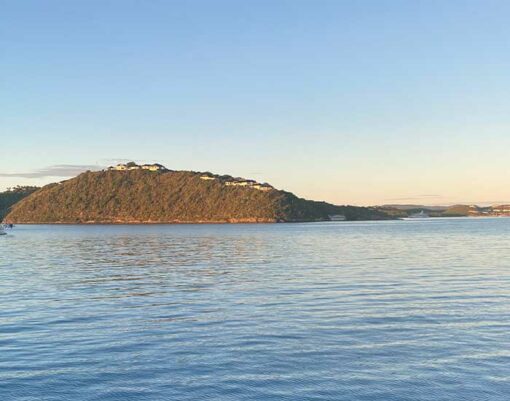 We escaped the predicted bad weather on New Year’s Eve by heading via south to the west, into Jolly Harbor and the sensational beach of “Lignum Vitae Bay”. Right there are spectacular villas directly on the beach. We spent New Year’s Eve with our friends Rike and Stephan in Jolly Harbor. When they flew back to Luxembourg, we headed for our shore leave in Dickenson Bay, in Antigua’s north. 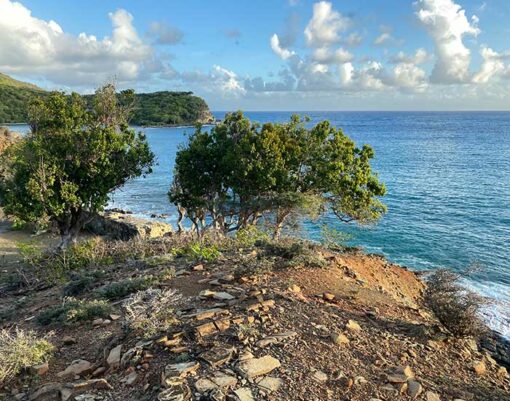 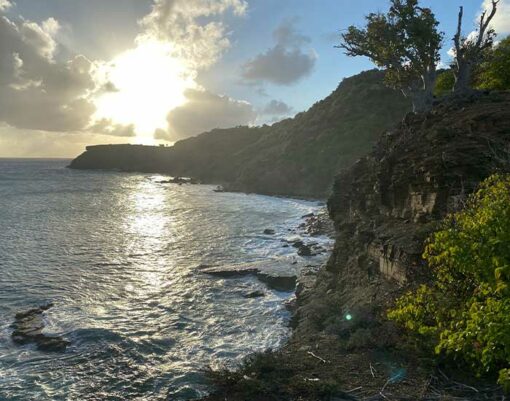 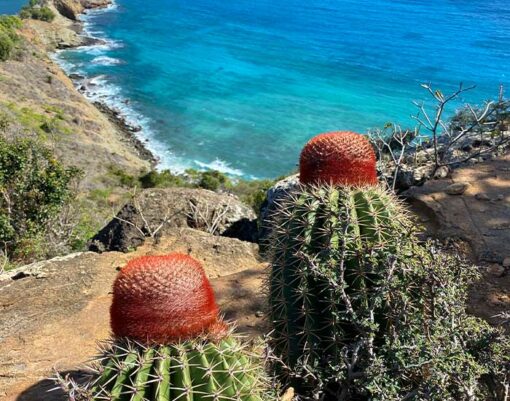 When we are back on Rivercafe and if the weather is suitable, we’ll sail on to the sister island of Barbuda. / Holger Binz

3 thoughts on “Talking about Antigua”