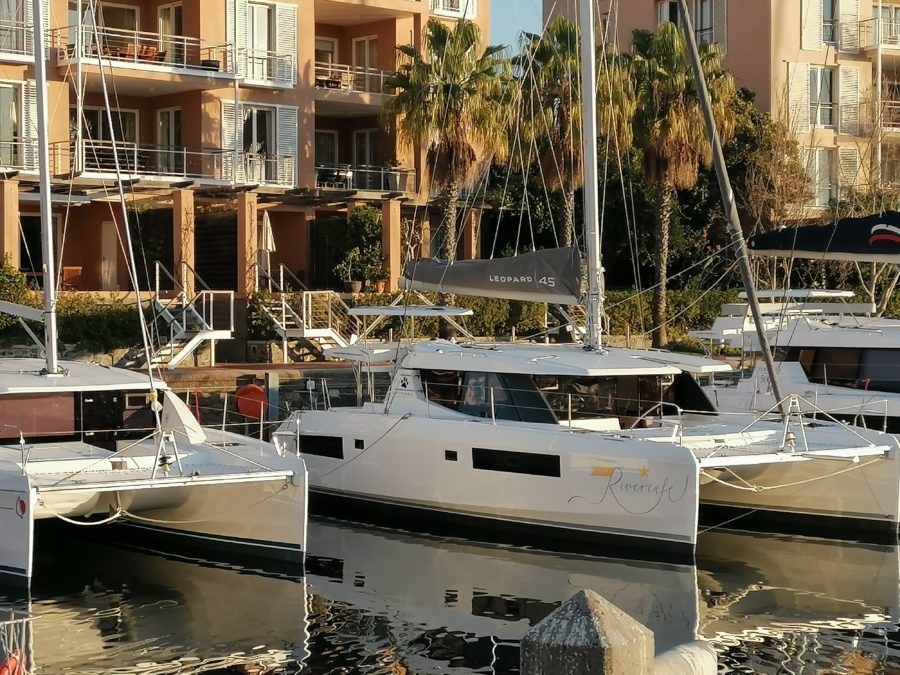 And suddenly the sun comes up

Part one – The dark side:

I look out the window of our hotel in Mainz (GER) and see the Rhine. That actually sounds romantic and nice to be in this scenic environment, but the sentence contains two bad news. We are neither in Cape Town nor on our ship.

South Africa still does not allow us to enter the country, so there is no vessel for us. We have been travelling through Germany for a month now, hanging out in hotels and looking for solutions to enter South Africa. So there is now a ready to go boat in Cape Town, just as we ordered two years ago and we are not allowed to enter it. It is so incredibly frustrating. Not more relaxed is the fact that we don’t have the slightest clue when we will be allowed to enter.

All we can do is “wipe our mouths” and carry on. Theoretically, there are three ways to get a ship: you take it over yourself – that’s not possible because of the entry ban. The other two possibilities take longer and cost more: you have it delivered on a ship carrier or you have it delivered sailing on its own hull. Freight forwarders who transport ships on ships run from Cape Town to Florida, France and the British Virgin Islands (BVI). Florida is not possible because we are not allowed to enter the USA because of Corona. France is also not possible, because with the importation of ships, high taxes are due. We are also not allowed to enter the BVI, but there are signals that this will change soon. The third option is to sail the Rivercafe to a port where we can enter. This can only be done by a professional crew, which are already in South Africa, because nobody can enter. It remains exciting.

We’re on our way to the airport. But the flight is not going to Africa, we are going to Tenerife on the Canary Islands, because: we have found a solution. The solution is Gary Mc Kinnon and a delivery from “Rivercafe” to the next port where we are allowed to board. And this next port is 5.200 nm (10.000 km) away from Cape Town on the Canary Islands. We set everything in motion and activated all contacts. Then suddenly everything went fast. We found several crews at once. But Robert Ravensberg, the Port Captain of the OCC (Ocean Cruising Club), had the perfect recommendation: Gary Mc Kinnon.

We cannot thank Robert enough for his recommendation, because we get along with Gary very well – he is our man. He will take over “Rivercafe” from the shipyard, prepare it for the transfer and sail with his crew the 30 days distance to Tenerife. Hallelujah. The OCC is a cool club anyway, but this help was priceless.

Of course there are still a few hooks that have to be straightened first. First our insurance had to agree and cover the journey. Our formidable insurer Boris sorted it out in no time. Numerous technical warranted had to be clarified. And Gary still needs an exit permit from South Africa for himself and his crew, which we expect to get soon. And last but not least, we are still waiting for 24 boxes, which are waiting at the customs in Cape Town for the release and delivery to the ship. If everything works out and the weather allows, Gary and his crew should cast off the lines and set course Tenerife around August 1st.

Ka and I will fly to Tenerife on Friday. Our friends Ruth and Gilbert are so kind to let us their domicile. There we will spend 1-2 months and expect the “Rivercafe”. What a happy day ahead.

When we finally enter our vessel in September, a day which has been expected for two years, a huge load will fall off us. Our plan is then to sail from the Canary Islands to the Caribbean. But this will not be possible until the beginning of November, because only then the trade winds on the Atlantic will be set. But no matter. The main thing is that we are on board and can exchange the tormenting odyssey for our world trip on board our own vessel. Keep your fingers crossed that even the last hooks are still being pulled smooth. /Holger Binz