Season Start: about preparations and the job dilemma

I don’t know any sailors who actually makes it to the end of Hurricane Season. Being stuck in one place with a vessel for so long probably goes against the DNA of travellers with floating homes. From October onwards, the normal sailing nut stares spellbound at the hurricane trackers, hoping to find no signs of depression on the Atlantic. And so many pack away their therapy instrument – often a ukulele – as early as the beginning of November to be ready to set off a month before the end of the official hurricane season.

The inhabitants of the islands above and below the wind, but also all sailors, can soon raise a glass to a pleasantly peaceful Hurricane Season. All the houses are still standing and the masts are pointing upwards. Hopefully, the last two weeks will not change that. 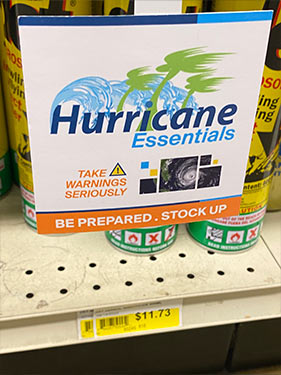 You find in almost all shops a “Hurricane essentials” shelf

Preparing a vessel for the season

When we returned to St Lucia, we spent a couple of days removing the traces of inactivity. Rivercafe had to be in shape again and ready for launch. Mangroves and trees had left plenty of marks on the deck. Sun, wind and rain gnawed at all possible and impossible parts and demanded replacement.

There are job seekers ready for many jobs, but more on that later. It was important for us to prepare Rivercafe ourselves to see if she is in good condition.

Before the season starts, we check the entire vessel. Rig and sails, sheets and halyards, the engines – also of the dinghy and generator. Possible rust on metal parts is removed. Fittings are checked and everything that has been gnawed or ravaged by nature has to be replaced. Then all filters are changed, the watermaker is checked, the diving compressor as well and all possible seals are greased. Then it’s on to the software. Update the navigation operating system and all controllers, extend the navigation chart subscriptions, update the digital charts. And then be surprised if everything works.

When we started the engines and left Marigot Bay after 4 months, our propellers were running remarkably rough. In Rodney Bay we dropped anchor and strapped the scuba tanks on our backs: for the inspection of the bottom and the propellers.

Underwater our boat looked great even in the second season after the last bottom painting, thanks to the mangroves at our mooring and a good antifouling. The screws of our two engines, on the other hand, were overgrown with mussels to the thickness of inches. The stuff comes off only reluctantly and with rough force. Half a diving tank later, the underwater battle was over and everything was running smoothly again. 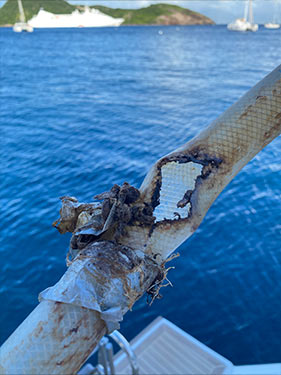 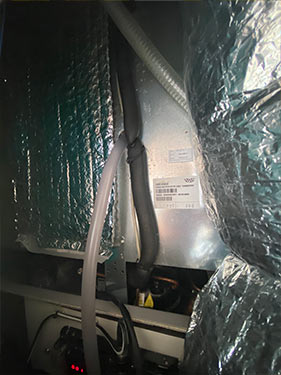 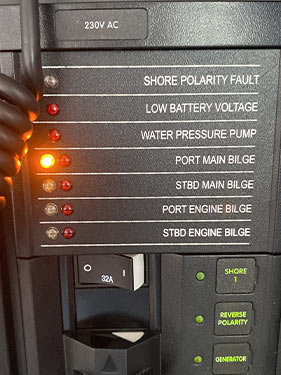 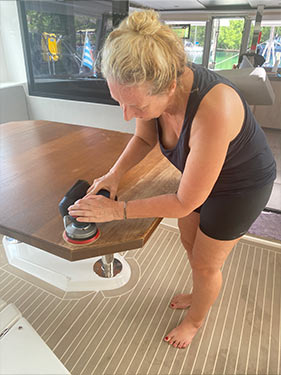 On most islands in the Caribbean, there is very little work. With the exception of the French islands, people knock on the door almost every day, offering their services to yachties. Mostly unskilled work like deck cleaning or cleaning the underwater hull.

As much as we see the need to give out jobs and as much as we like to do so to give something back, there is a catch. Many don’t have the slightest idea of what they are doing and would never admit it. The guys (and rarely gals) are sure to scrub away anything that catches their eye. The owners are often left with the costs and expensive apprenticeship money.

I’ll start right away with an exception: Francis. We met him in Marigot Bay and could see how carefully and experienced he treated “his” boats. He also did a great job with the Rivercafe while we were away. We are very happy that we met him.

Rather the rule was the following incident. In St. Lucia, a likable guy came to us to offer to clean the bottom of the boat. He had a lot of experience and would do it very carefully for only 350 US dollars. Then he showed us his tools and coarse sponges, which would not only grind away any dirt, but also finish off the underwater paint. We would then have had to clean the hull every week until the next underwater coating. The offer would have cost us easily around 10,000 euros.

For 20 USD an hour, you can at least have the cleaning work done. With a monthly income of 750 USD in St. Lucia, a helper can earn a third of a monthly income with a long day of scrubbing. It remains a mystery how one is supposed to live on that in expensive St. Lucia, but that is another topic.

My suspicion is not entirely unfounded that the hourly rates between locals are considerably cheaper. But what the heck, yachties are sources of income. If you accept the offer, you should definitely provide the cleaning materials yourself. If not, it sometimes happens that the cleaning is “super clean”. The helper leaves the boat beaming because of the great job and the owner has a ruined and dull gelcoat the next month because the cleaning products were too aggressive.

The electricians and mechanics have more leverage for damage. If I know more about electrics than the professional, then alarm is sounded. The promise to solve the problem is often followed by an even bigger construction site and a fat bill – without an actual bill. We have made the experience that technicians with real knowledge don’t knock on the boat and ask for work anyway. They are hard to find and even harder to get an appointment. The tip is especially cost- and stress-saving for ARC sailors. Because especially in Rodney Bay, a lot of clowns offer their services and promise to solve all problems for the exhausted skippers.

Knowing that the Rivercafe is well prepared for the new season, we did our paperwork and said goodbye to St Lucia. It was a very good choice for the Hurricane Season. But it’s time for something new: this season’s destination is the Turks & Caicos and the Bahamas, probably Florida too. 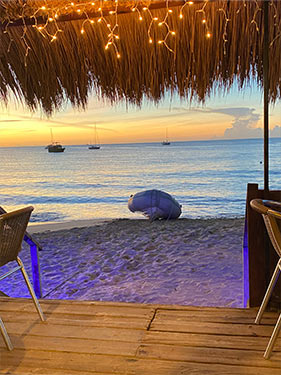 We are now also heading north. We have already called at Martinique, Dominica and Guadeloupe. As is so often the case, some trips were terrific, others “character-building”. Whatever comes, it’s a pleasure to finally at sea again. / Holger Binz