Talking about friends, kids, weddings and a death.

It’s us again, this time with a non-sailing report from our hurricane season sailing break and our annual observations of our old home country. It’s enlightening to take a look at life in Luxembourg and Germany once a year.

After a far too short week in New York, our way led us on to Frankfort. We had almost two months to visit friends and family in Luxembourg and Germany. Our “bad bed” tour 2022. Home-hopping with family and friends – as nice as it is meant to be – often put us on uncomfortable guest beds. But it was worth it. Despite back pain, we enjoyed every visit, sometimes two a day. In between, we indulged in wide hotel beds. It was great to meet our friends again and to learn that true friendship endures time and distance. Thank you all for your time and good conversations. It is an incredible pleasure to have such friends. To our delight, a few have also announced a Rivercafe visit in the new season. 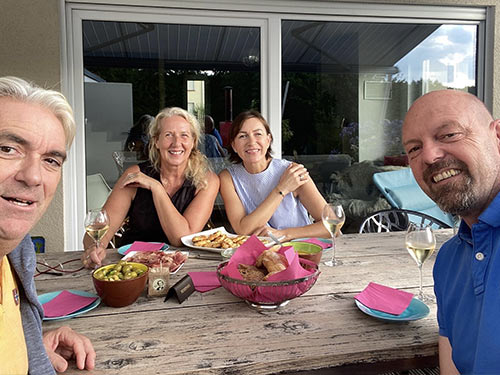 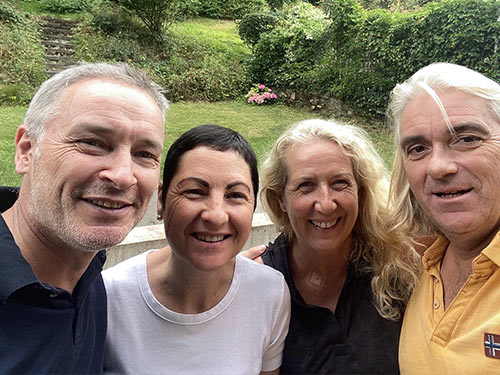 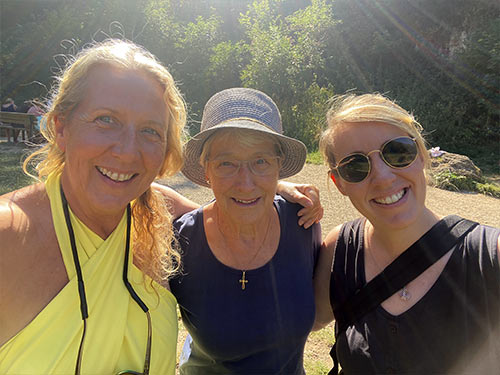 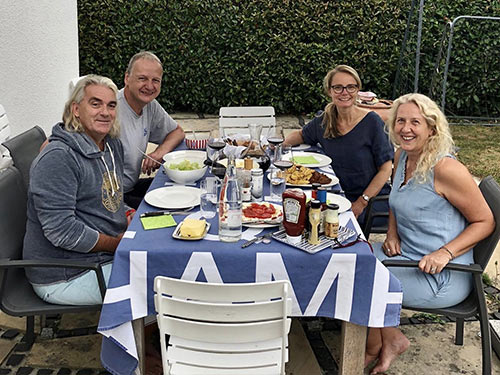 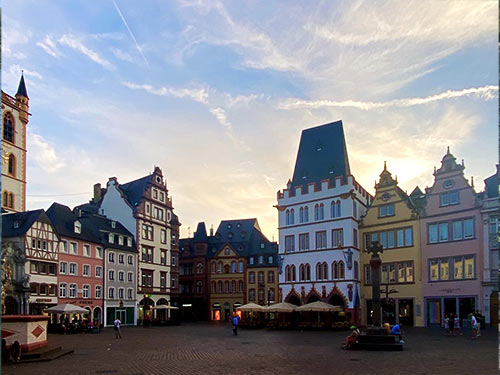 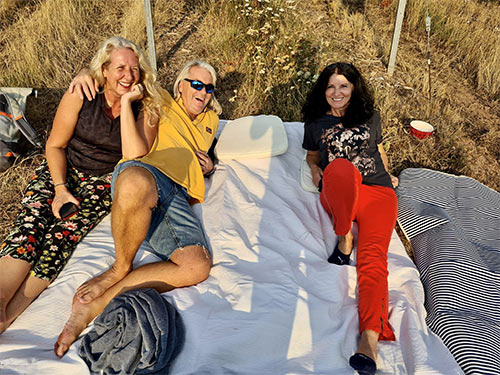 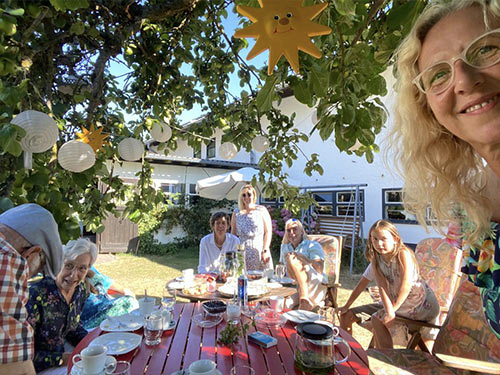 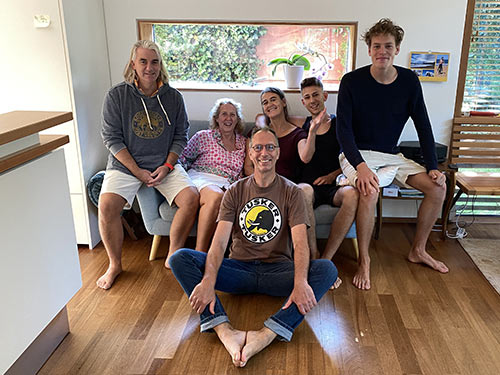 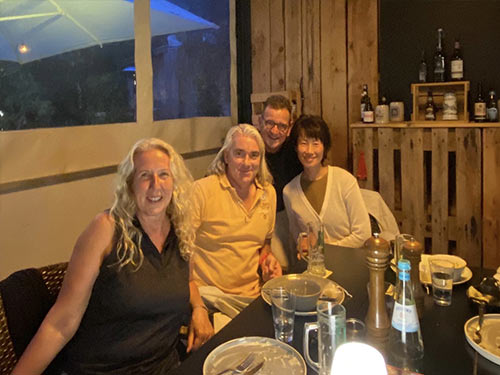 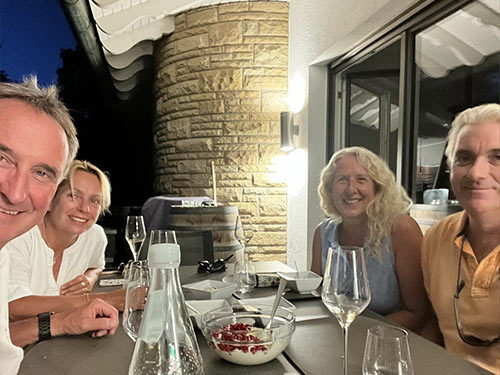 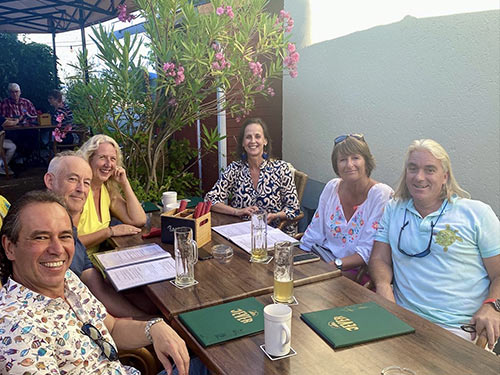 The second part of our time was spent with our grandchildren and lots of children’s activities. An Atlantic Crossing doesn’t get any more exhausting than this. We never did so much pedal boating and heard “Karin, Karin, Karin…”. However the time with the little ones was great.

We drove 4,000 km through the country, much too much according to our environmental feeling. But at least this time I didn’t drive the car in the left lane, like on our last visit. 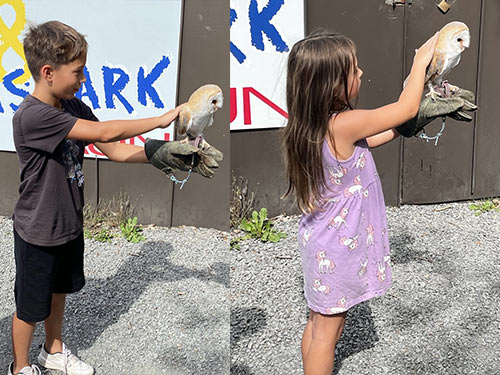 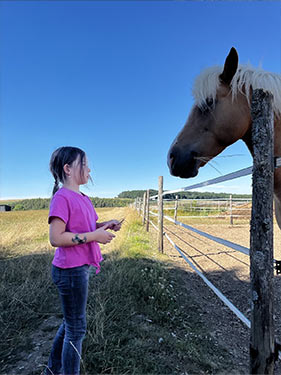 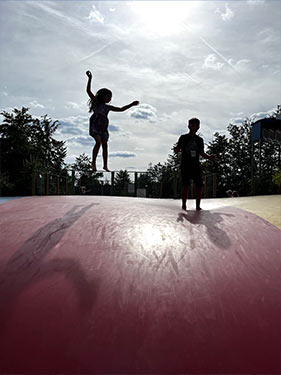 So much happened that we can’t even report. Two weddings in the family, one in Luxembourg, one in Germany. We said goodbye to a long-time friend who was one of our closest and who died much too early. And we met the new 9-month-old family member Aurélien for the first time, with whom our 6-year-old granddaughter immediately fell in love. We were like normal family members at that time.

In the meantime we had a very pleasant exchange with Kevin Schulte from Germany’s biggest news platform n-tv. He read our article about St. Barth on our website and asked us for an interview. After the publication on n-tv and a podcast, our website was a bit overloaded. But for us it was a nice surprise that our website also has unexpected readers.

Perceptions from Germany and Luxembourg

Our last visit to Europe was 10 months ago. We are therefore external observers who only perceive the status, but not the process of change. A lot has changed since last year. The mood and atmosphere here have a lot of room for improvement. The worry level feels high.

On the first evening at Ka’s mother’s we watched the news on German television. The first one for us in a very long time. I can’t remember the last time I saw something so depressingly dystopian. Even the stock market news was set to the final doomsday mood. There are probably plenty of people jumping out of windows every night at 8.15pm. If I would consume that all the time, I’d be severely depressed too. By the way: the DAX went up quite a bit after his obituary and the sun came up again the next morning after all.

Even for visitors from overseas, it is understandable that the idiotic war stirs up fear. But also the useless but famous “German angst”. But doesn’t every drama also gives an opportunity? The madman in the Kremlin has involuntarily reminded the people of Europe that resources are finite and valuable. The Club of Rome predicted this 50 years ago, in 1972 – but peacefully. Nobody wanted to listen. Wise governments – an oxymoron – could certainly have prevented what is now everyday life. And wise governments would have saved 1.5 degrees of warming. But if the price of petrol climbs above 2 euros, there is a crisis. If gas reserves fall, panic breaks out. I read tips that people should consider taking showers for less than 12 minutes. Seriously? Tell that to someone in Antigua. One doesn’t even know how to take a three-minute shower. And yet, mysteriously, they survive. It really is not that easy to be in a good mood in Western Europe. But the good news is that everyone is doing pretty well compared to other areas of the world. And now is the opportunity to try new things and do many things differently – in a better way. Hopefully the mood will be brightened up again on our next visit.

Our time in Europe is now coming to an end. We enjoyed our time with friends and family very much. It was a wonderful contrast to the time on board. We set off on our return journey with an extra suitcase containing 24 kg of stuff that is not available in the Caribbean, or only at a very high price. For customs officers, the contents of the suitcase will be an entertaining sight during an inspection.

Our vessel is doing well in St Lucia. So far there has not been a single hurricane. A few storms in Florida and Central America, but nothing serious. We hope, of course, that the season will not be delayed. We would definitely like to set sail at the beginning of November and start the new season.

We are using the long off-season to fulfil a long-standing wish: a visit to the glaciers in Alaska. Last season we met a very likeable American from Alaska. He advised us to hurry if we still wanted to see ice. Therefore, we will travel from Frankfurt to Seattle and from there on to Alaska. We will report back. / Holger Binz