Our visited islands are getting smaller and smaller. We anchored in St. Barths, just off the capital Gustavia. And we found it fantastic here.

On the horizon we see Nevis & St. Kitts, Eustacia, Saba and only a few miles away St. Martin, our next destination.

The water at our anchorage is crystal clear and turtles and rays swim around us. We share the joy of being here with 10,000 inhabitants. Saint Barthélemy has an area of just over 20 km2 and is a maximum of 9 km from west to east and 5 km from north to south. At least there’s something like a mountain here with a height of 280 m. That’s why we could see St. Barths on the horizon 25 nm before arrival.

There are places that you meet under a good star. So it was with St. Barths and us. Already during the 60 nm crossing from Barbuda we caught a Mahi-Mahi. When we arrived, we immediately found an anchorage that could not have been better located. Three dinghy minutes to Gustavia and with excellent holding, despite shifting winds, currents and swell.

There are more than 100 ships in the anchorage off Gustavia. Scraping vessels and mega yachts enjoy the same view and sway in the same waves, from which there is no protection. It’s a rocking thing here. In Gustavia there is also a harbour that is occupied on a first-come-first-served basis, but there is no good weather protection. No wonder many superyachts anchor outside.

St. Bart, St. Barth or Saint Barthélemy – the cool ones call it simply SBH – is a French outremer department, but not an EU member. People speak French and pay in Euros. Even our phone cards purr like in Europe.

Even if it bores you, the island was once again “discovered” by Columbus in 1493. He named the island quite presumptuously after his brother. The Arawaks living here probably didn’t care, for them their island was called Ouanaleo.

Like almost all Caribbean islands, the occupants or owners changed regularly. What the changing owners had in common was that the island was considered worthless. There wasn’t even any water. Almost 250 years ago, Louis XVI swapped the island with Sweden. 100 years later, France bought St. Barths back from Sweden.

If Gustav III had known that today no land can be bought for less than 1.5 million euros and houses rarely for less than 6 million, he would certainly have asked a different price. As time goes by. Back then, there was no jet set or stars spending their Christmas holidays on super yachts or in holiday villas.

After this preface, it is not surprising that the density of luxurious designer shops here is probably not behind that of Monaco. And even among the public in the restaurants, one often sees the handiwork of plastic surgeons, especially among the playmates. It’s a spectacle on a par with the posing of St Tropez.

Ignoring all the chic, St. Barts is simply beautiful. It is completely understandable why it is many people’s dream destination. The sea is crystal clear, the beaches all around a dream. There are restaurants, hotels and much more than you need. 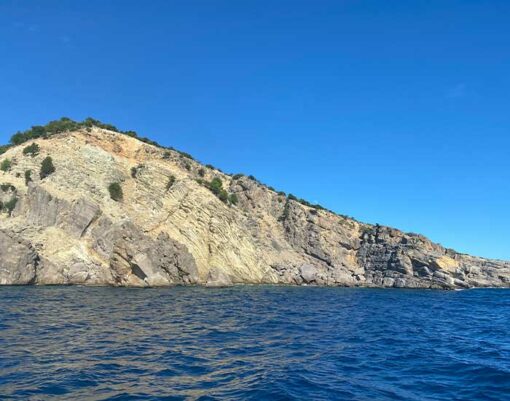 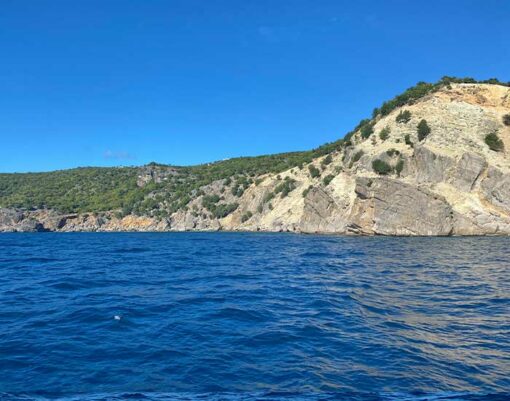 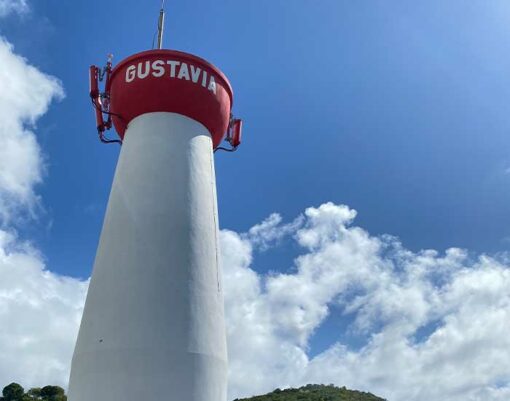 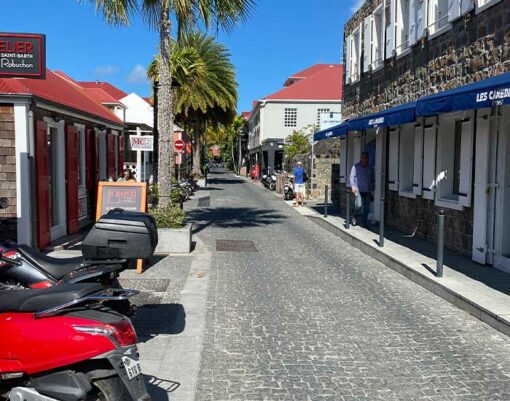 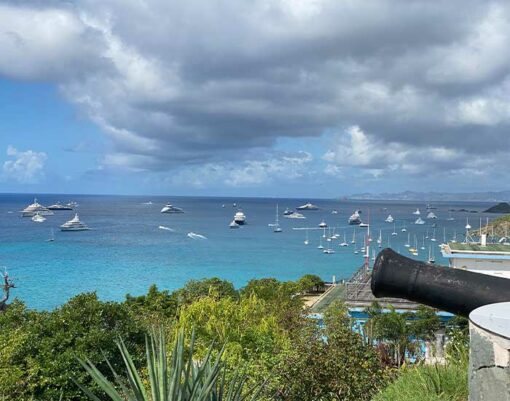 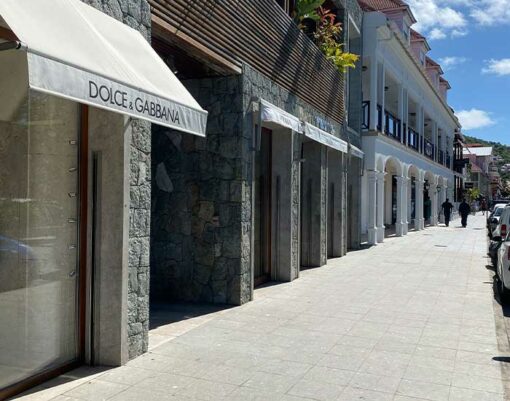 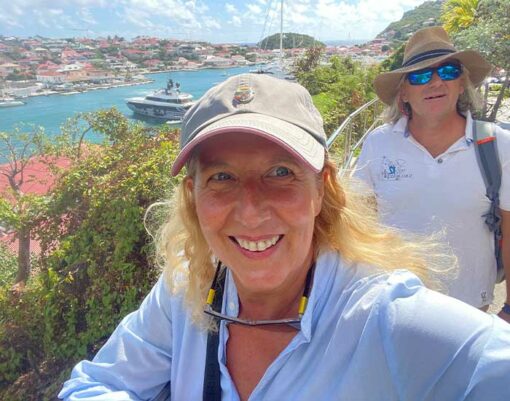 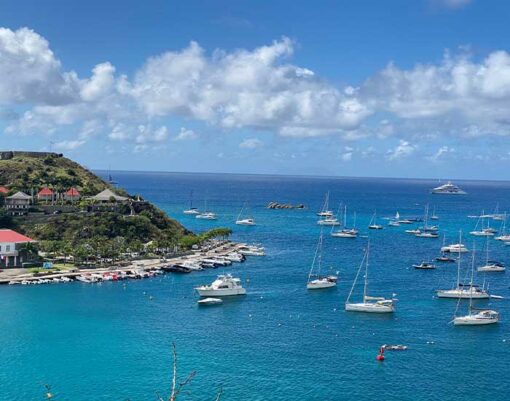 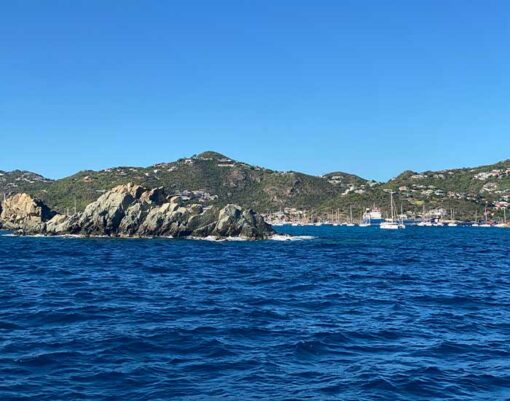 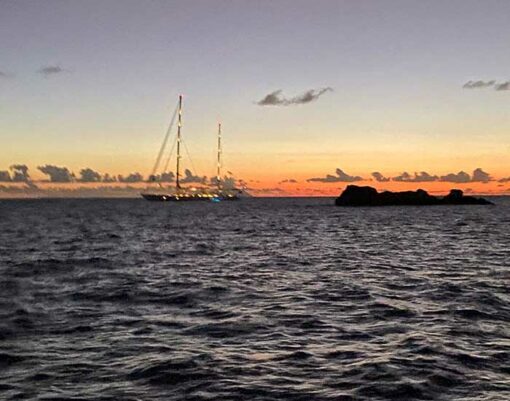 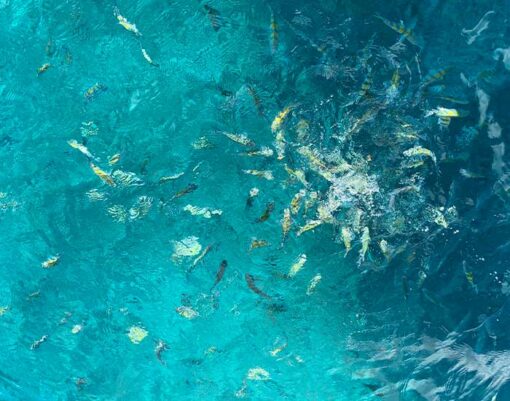 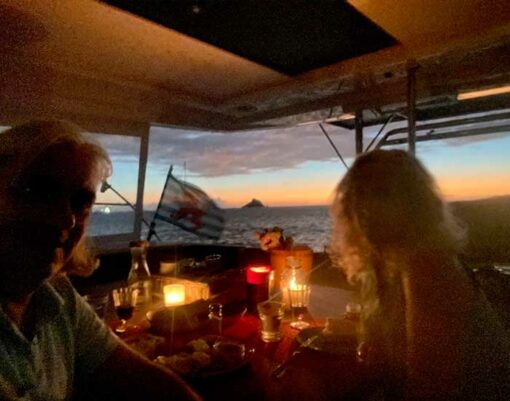 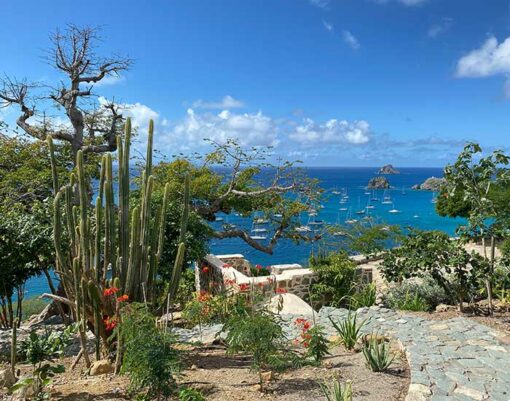 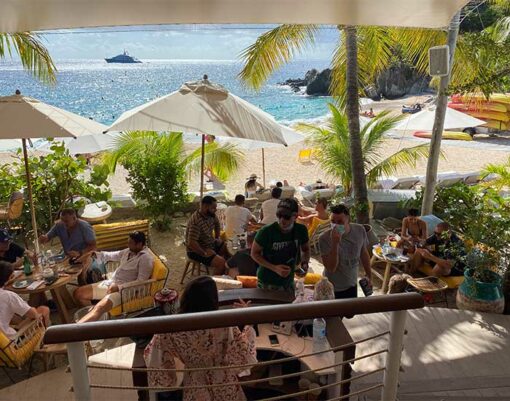 To show yourself here, you jam yourself into a propeller plane, because the runway is with only 600 m too short for jets. So propeller set instead of jet set. Bad luck, too. Or even better: you show up imposingly by mega yacht. Sailors like us are definitely precariat here. Nevertheless, we feel comfortable. Probably also because we have found so many nice and helpful people here.

From the Rivercafe to the town we go with our dinghy. When we wanted to return after a stroll through the town, the engine wouldn’t start and we couldn’t get back to the Rivercafe. While we were trying to start, two sailors approached us one after the other, offering help. And right next to us was a mega yacht where the crew wanted to help. The chief engineer Norman from #Silver Linning jumped into our dinghy and got to work. Sure he didn’t have the raggedy spark plugs for our outboard in his stock. But when I got new ones, he helped with tools. Super likeable.

So it’s the entertaining, dorky and endearing melange that makes this island so likeable to us. It’s a pity we can’t follow the spectacle for longer. Our next island will be St. Martin, the French side. There we look forward to seeing friends again. / Holger Binz